[NB: I started writing this at the time so if it sounds like this happened really recently, that is why! It actually happened about six months ago though! Now that it is 2018, I’m going through my draft posts and actually getting around to publishing them, just very late!! Also, I’m trying to come up with a new name for this blog….Pink mountains just isn’t fitting right anymore! And Ellacbee doesn’t look right on the header up there! Anyway, my blogging is pretty haphazard anyway so I’m sure they’ll be a new name at some point!]

On my birthday, I woke up early with that tiny bit of excitement that you get on a day you are looking forward to. I’m not the biggest fan of my own birthday, it’s the day before my dad’s and we always used to have little joint celebrations with the family, so it always feels a bit strange celebrating just me when he’s on the other side of the world — (My parents live in Singapore currently – if you are new here!) — S & I both had the day off work, and had decided to keep it low key, just driving to somewhere on the south cornish coast for a wander, a pasty and maybe a swim. This plan lead us to Fowey, which happened to be where S went to school so it was cool to see the town and have a nose around! 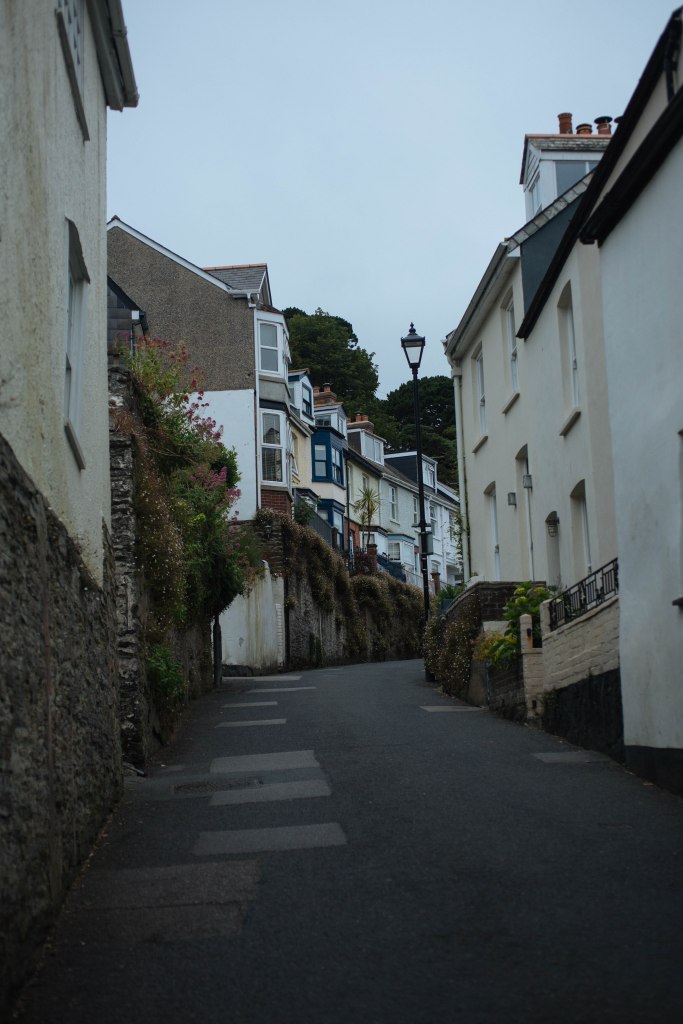 It was pretty cloudy all day, but warm enough for just cardigans and t shirts, and I loved the little town, full of winding alleyways and coloured houses, with flowerboxes on windowsills and cute names on all the houses. 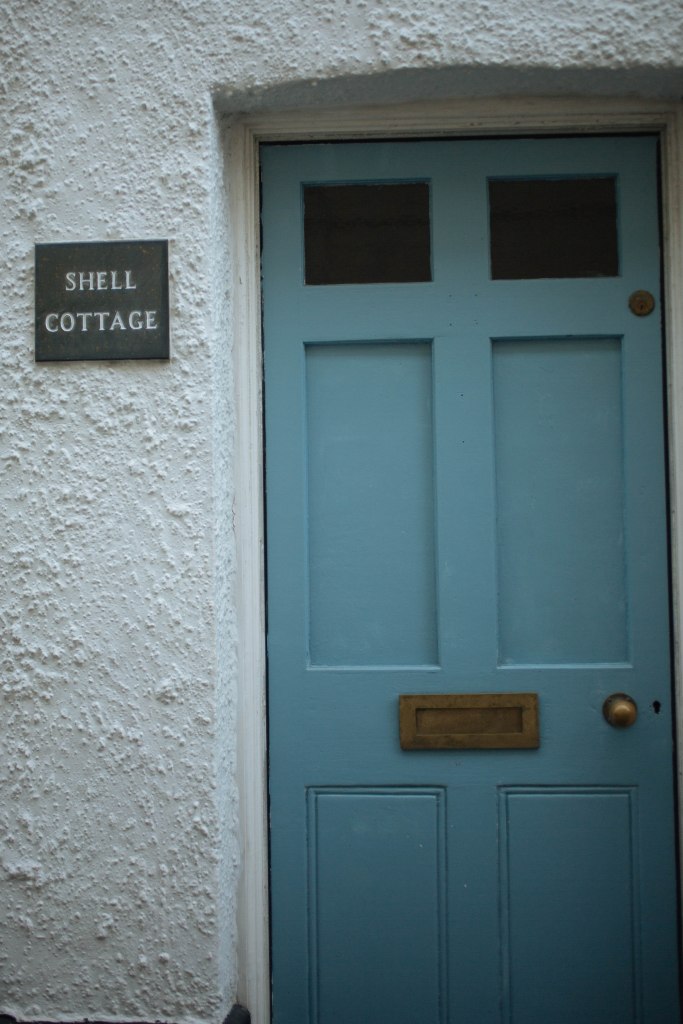 Every time I visit a new place in Cornwall, I always feel echoes of all the other places I’ve been in Cornwall; the same stone streets, the cacophony of seagulls, the fishing trawlers heading out to sea & the smell of salty chips wafting from the nearest shop. 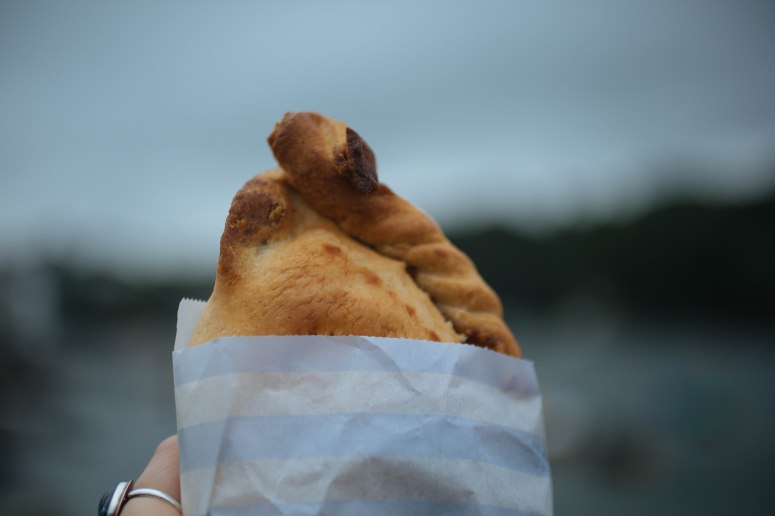 We were pretty hungry by the time we arrived, so got pasties and pastries from a bakery (if you can’t have double pastries on your birthday, when can you?) – I’m one of those odd people who has an aversion to cake (I know, I know :P) so birthday danish pastry it was! 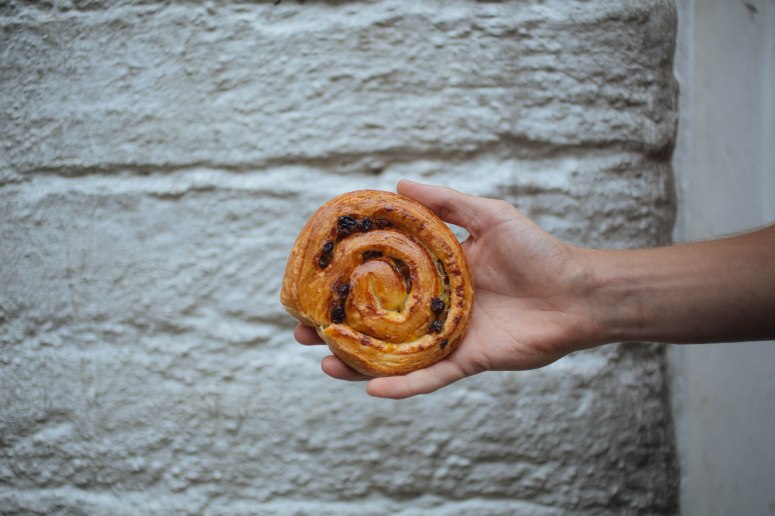 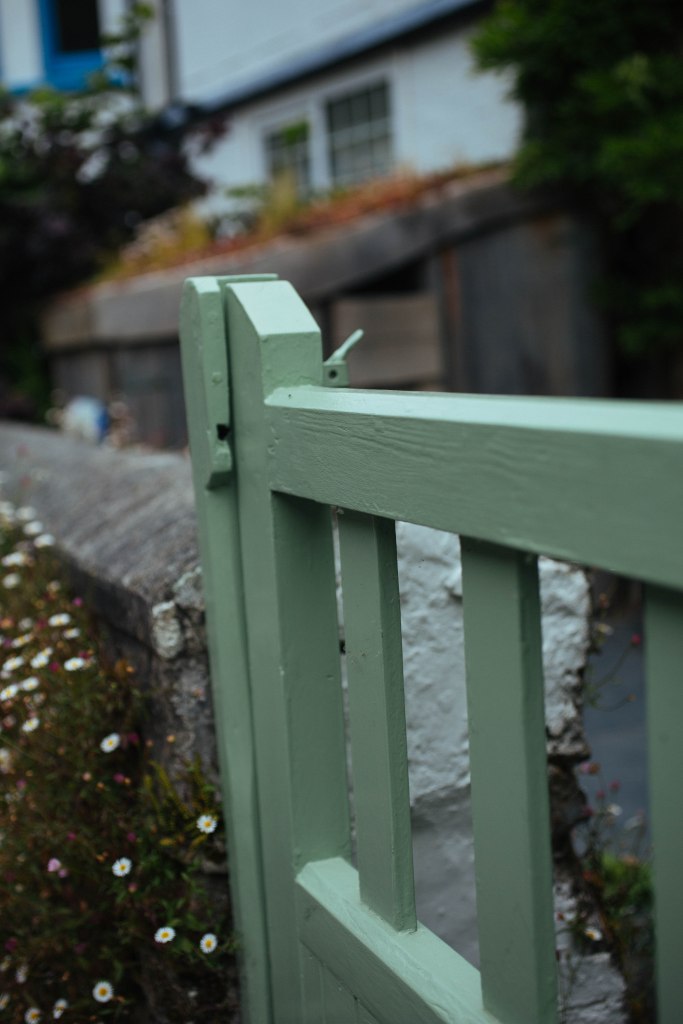 Grateful for this lovely one, for making my day so special & driving all the way down to Fowey! We loved wandering through the little cobbled alleyways of the town, popping into the sweet little shops and watching all the boats go by.

Fowey is right on the estuary of the river Fowey which flows out to the sea, so there are some lovely walks you can do – mostly uphill though, of course!

You can even get a little passenger ferry to Polruan, the little village perched on the hill across the water, and we had really wanted to, but eventually decided we would save that for another day, as its a whole other place to explore. The coastal walks over that side are gorgeous I’ve heard, and I love to spend a whole day there!

We walked along the edge of the town, following the river, towards the sea & as we hiked upwards, we found a little ruin of a castle on the hill, so we had a little explore and a wander around, it had amazing sea views and over to the other peninsula. 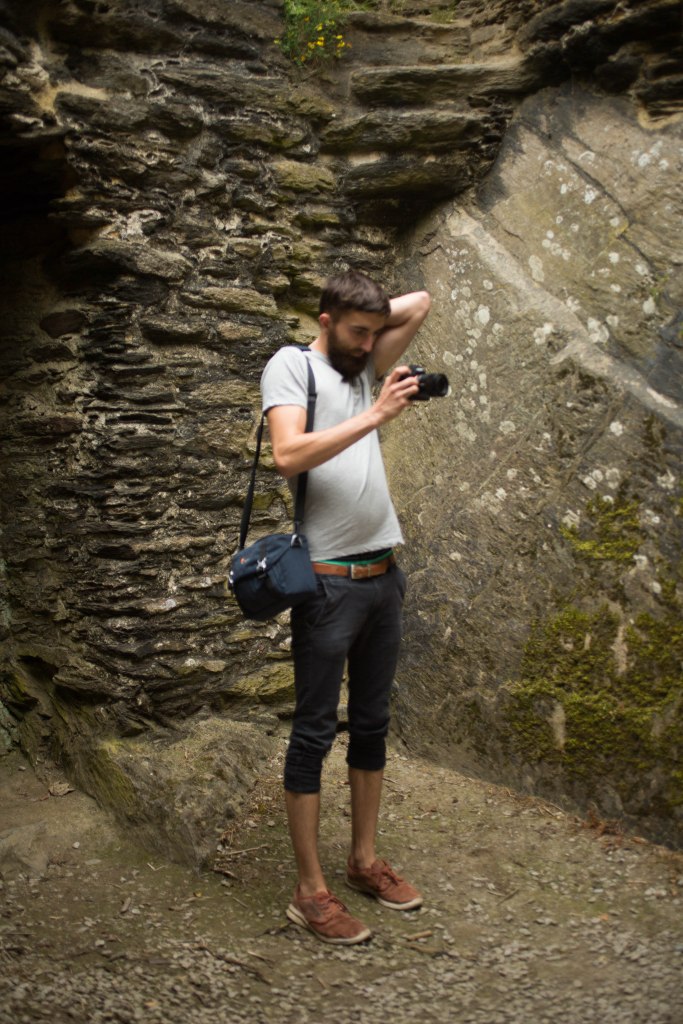 We then continued along the coast path, taking in the views and beautiful blues and greens of the Cornish countryside. 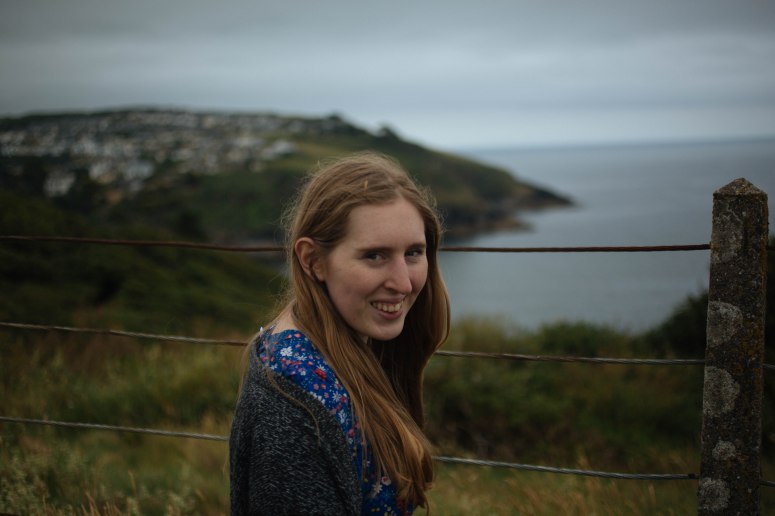 In the picture below, is Dawn French’s mansion! I think it’s a listed building and it looks like a palace or a castle to me! I can’t imagine what I’d do with all those rooms!

Love the colours of this little beach shelter, that we stopped in for a sit down and to shelter from the chilliness in the air. S said that he used to come to this beach with friends occasionally, on breaks when he was in high school! Can you imagine?

Beautiful flowers lined lots of the roads, and they made it feel like summer, despite the lack of warm weather! 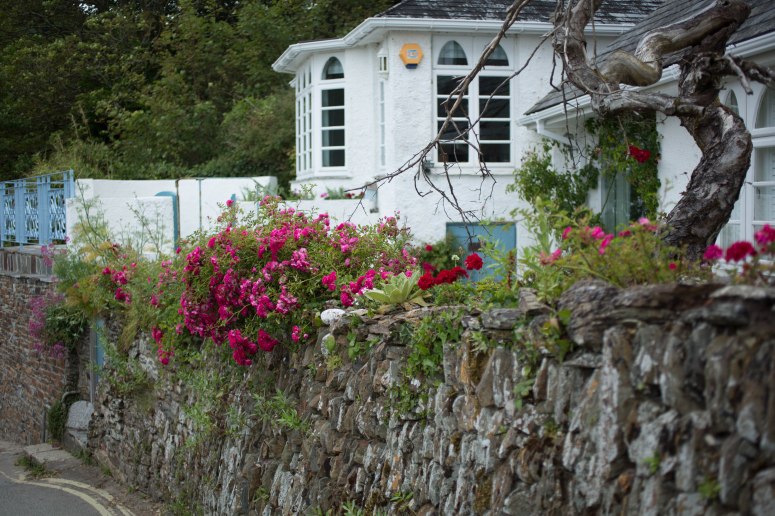 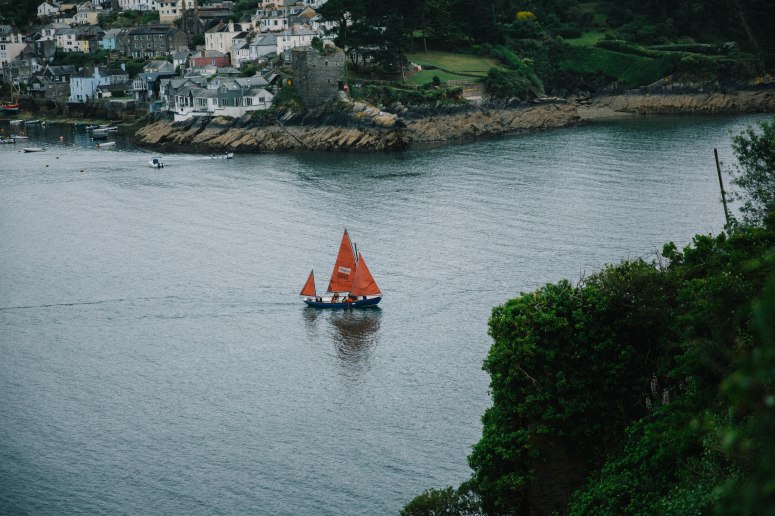 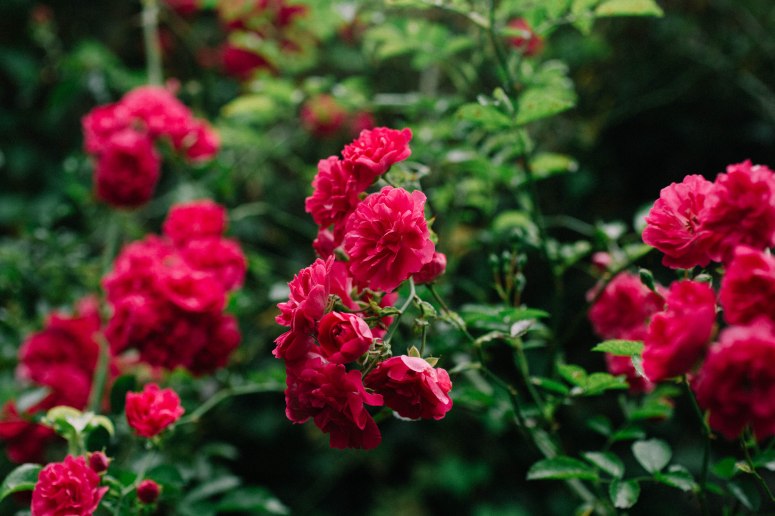 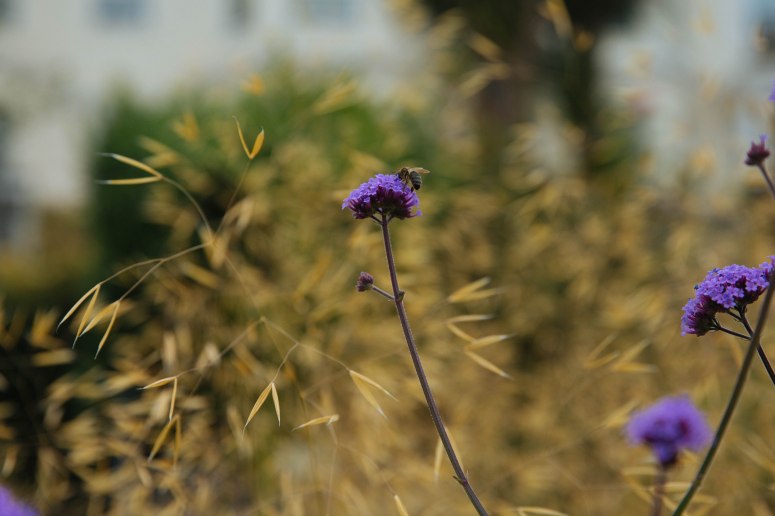 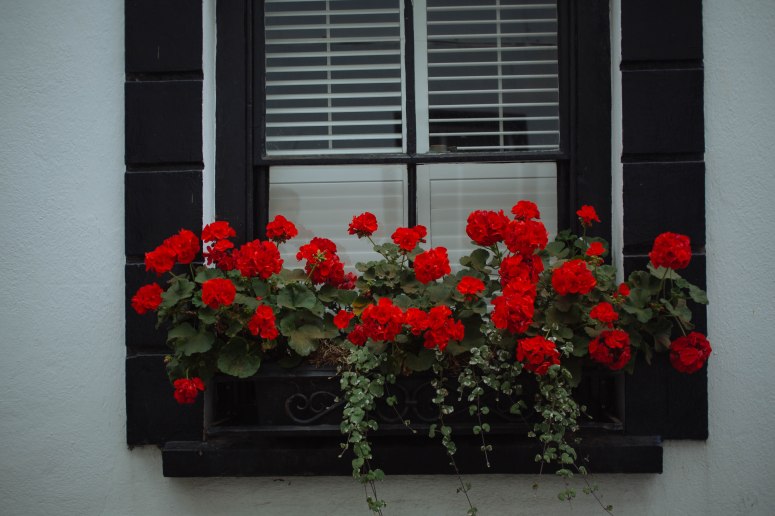 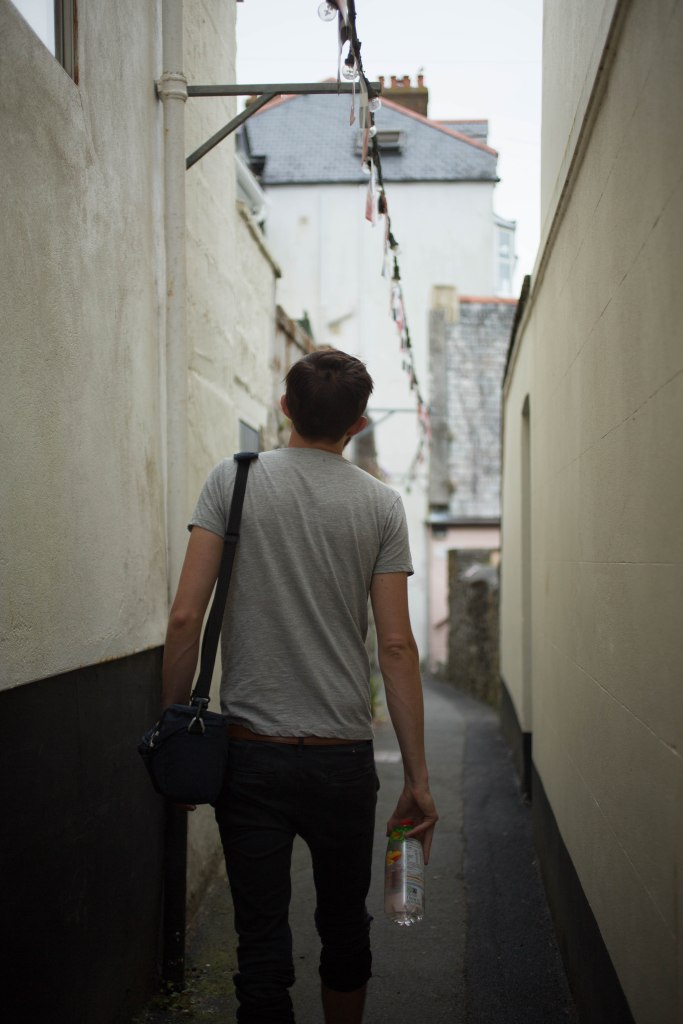 On the drive home, it started pouring down but I was so glad it hadn’t while we were exploring!

We arrived back in Plymouth in the early evening, and headed straight to Devil’s Point for a freeeeezing birthday dip in the sea, in which much shrieking from both S & I occurred! We then got dry and changed in the car, and headed straight to Veggie Perrins; an amazing family run curry house here in Plym that has become a birthday tradition for us! It’s so delicious! After that we headed to the new house (that we now live in), to pick up birthday cards and unfortunately, this was when we discovered that our mailbox was nailed shut from the last people and that my birthday cards had been disposed of by Royal Mail…eeek! A learning curve for sure!

Would highly recommend a visit to Fowey if you are in the area. It’s a gorgeous little town and as the signs scattered around the town tell you, it rhymes with joy…

2 thoughts on “A day in Fowey | Cornish Seaside”