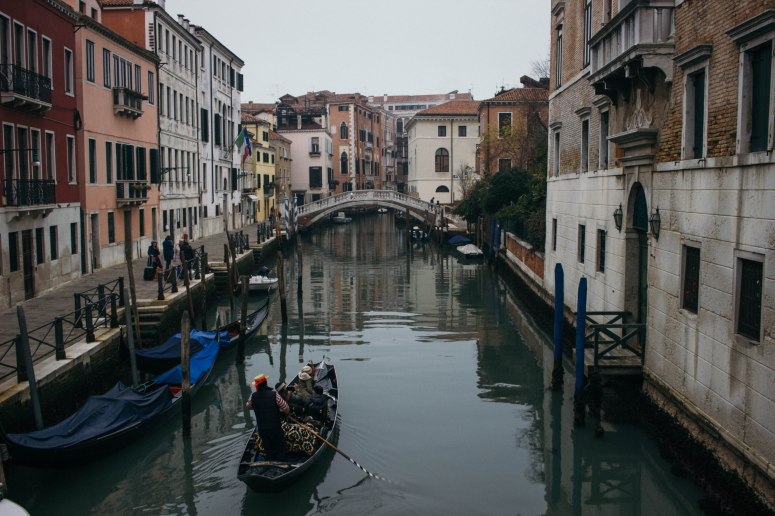 Italy is one of my favourite places to go, I used to live there (back in 2012/2013) so it has a soft spot in my heart, and I love getting to test out my language skills, eat some gelato and sample some delicious pizza! Yes, all my trips there seem to centre around some sort of food, but it is seriously unrivalled to food anywhere else! I love the culture, the people, the winding alleyways and the multicoloured buildings, it’s always such a lovely place to visit, no matter where you go in the country! 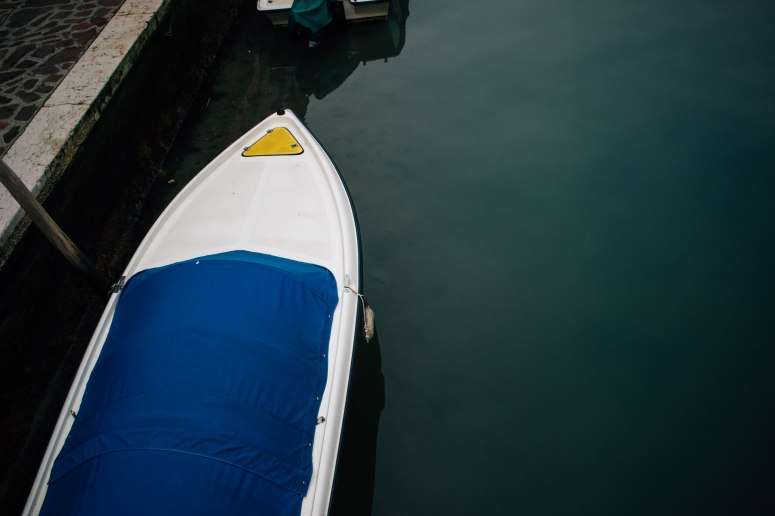 Italians take such pleasure in the simple things in life; getting outside, meals together and quality time with friends and loved ones which is such a great way to be and something I try to emulate in my own life, now that I live back in the UK. At the start of December, Lu (my sister), Ash (our lovely american friend-whose-is-like-family) & I decided to go for a girls weekend in Venice, to make the most of Ash being in Europe and to take advantage of some very cheap flights (£30 return!) as it was the off season (just!)

It was gorgeously foggy and chilly, we spent our days getting lost among the alleyways, taking photo after photo (we’re all photographers), finding places to warm our cold toes & eating amazing pizza and pasta every evening (of course!) 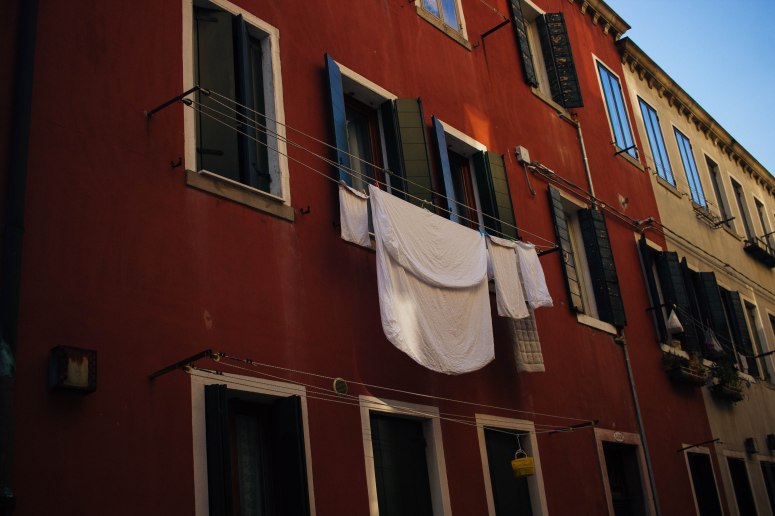 It was dreamy to explore such empty streets and see the local way of life unfold. We felt like Venice was ours, filled with sister time and art expeditions; I enjoyed our adventure so much. I had visited Venice once before (4 years ago) but it was in the spring as the busy season was beginning, and it was only for 1 day, so I didn’t even see it at night, which I now feel is one of the most magical ways to experience it. 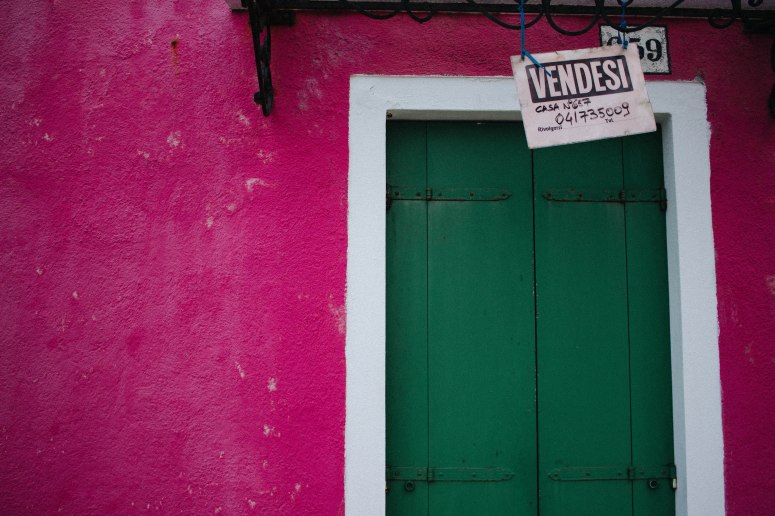 The night we arrived, we explored the foggy alleyways near our apartment and wound our way, by chance to St. Mark’s Square, where the Christmas tree was sparkling as the fog swirled around us. It was chilly, with all of us in multiple layers of tights and at least 3 jumpers, but we found our way to the shore of the lagoon, which was almost deserted, and watched the gondolas bob up and down on the water for a while. We took some crazy night photos, and strained our eyes to try and see the top of the tower which was shrouded in mystical fog. We marvelled at the enormous Christmas tree and the sparkly lights, and I finally started to feel festive! 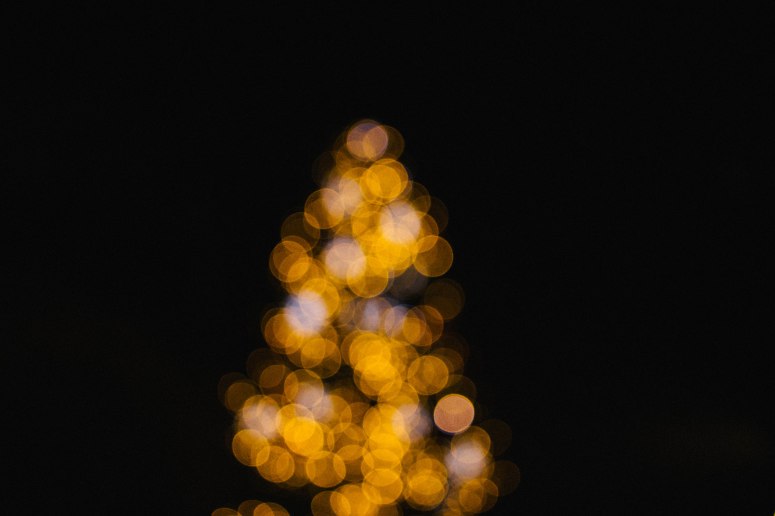 From there, as we figured out our way back home, we stumbled upon a little street, with a tiny take out pizza place, it was in a neighbourhood for the locals, so we gave it a go with me ordering for us in Italian (hooray for not losing my language skills entirely!) and it was so delicious! It goes without saying that Italian pizzas are the best! We spent the rest of the evening, getting warm and cosy in our little apartment and catching up on sleep for the few days ahead! 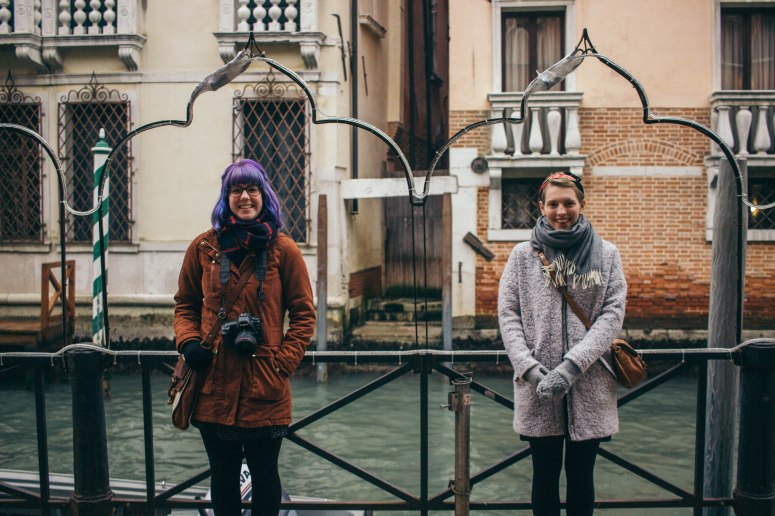 Our first full day was spent exploring all of central Venice, we walked a long way, taking in all of the famous sites but also making a point of going beyond the crowded piazzas (which weren’t really that crowded as it was off season!) to see what we found. We saw elderly ladies pulling trolleys filled with fresh market produce, groups of dapper old men laughing and joking in crumbling doorways, students with scarves draped round their necks, bracing from the cold, arms tightly gripping stacks of books. It was a joy to imagine what it might be like to live in such a prestigious historical place, having to get a boat to the mainland for certain things and having to weave through the oncoming flow of tourists whenever you wanted to get somewhere central in a hurry. 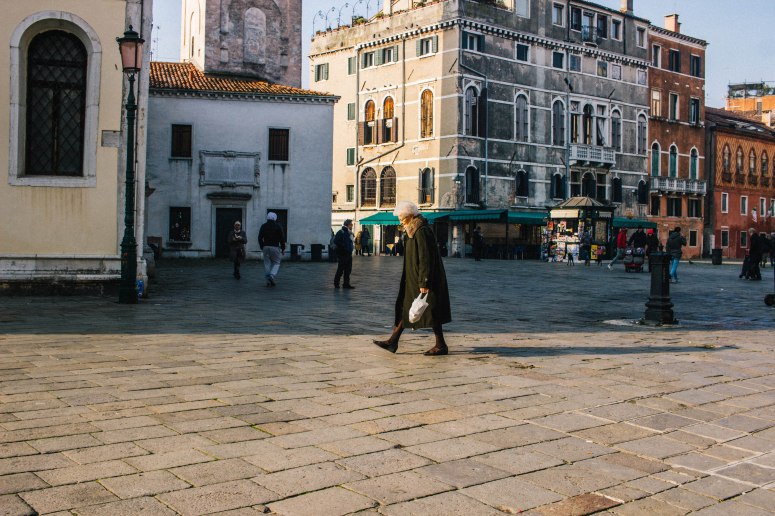 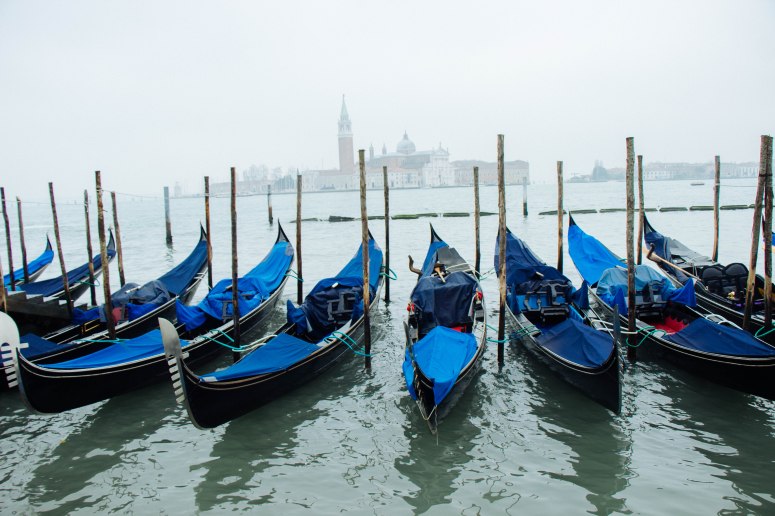 We treated ourselves to an amazing lunch, in a very sweet trattoria (aided by google reviews – very handy especially when you are in an area and have no idea what might be good as they are all called ‘Trattoira alle…’), as we entered, the waitresses all started whooping and shouting ‘your hair, your hair, it’s beautiful’ to us in Italian! Ash had crazy awesome purple hair at the time and Lu & I are blonde (a rarity in Northern Italy) so maybe that was why but they were super sweet, and let me stumble through Italian to order everything! The food was delicious and so fresh and tasty! We had aubergine parmigiana and it was seriously dreamy! 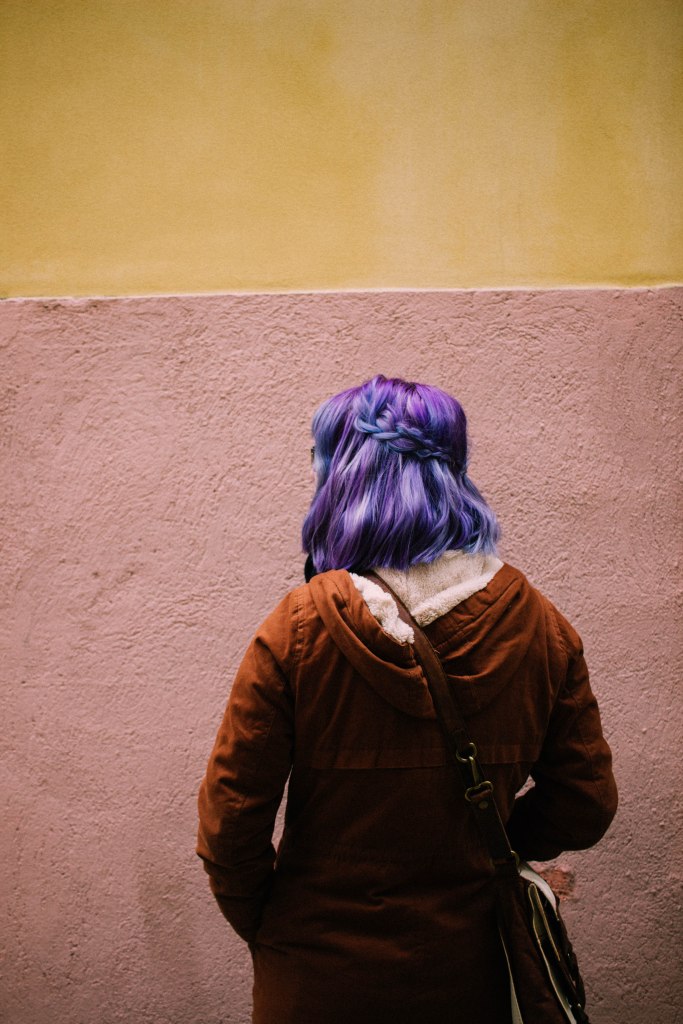 We wound our way back to the apartment after lunch, stopping to explore little alleyways, take photos (of course) and get a little lost! We eventually found it, and chilled back at the apartment for a bit! Once we had warmed up enough to feel as though we could face the cold again we headed back out for an evening wander, and after discovering that there was a Grom (amazing gelato chain across Italy), we decided we had to get their Ciccolata Calda, a liquid hot chocolate (and by that I mean, it’s like melted chocolate in a cup and so good!) – I used to get it for me and the boys when I was an au pair and it still tastes just as good! Lu and Ash agreed and we vowed that we needed to get it at least 17 more times before we left! 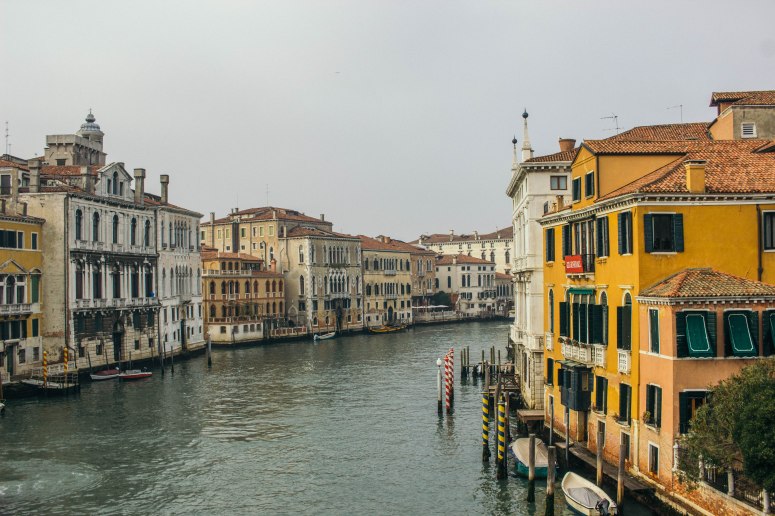 On our second full day, we took the boat to one of the islands in the lagoon; Burano. Not as famous as the glass blowing island; Murano, it is renowned for it’s production of beautiful Italian lace and winding alleyways of bright multicoloured houses. Before, we left, we walked to where the boat was leaving from and the sun poked through the foggy clouds for just a second which was beautiful, making all the colours of the buildings shine. We walked to the edge of the street we were on, and witnessed daily life continuing, boats sailing backwards and forth across the lagoon, carrying cargo and amazon packages, a sobering funeral boat loaded up with flowers and a coffin on it, and a gas pump awaiting boats to come and fill up.

The boat ride to the island took about an hour, and when we got there, the landscape was steeped in fog with the buildings revealing themselves as we walked, the colours were so bright, it was beautiful to see. As was the general theme of this trip, we wandered, to alleyways, through neighbourhoods, touristy bits, canals and seafront, we saw most of that little island. My favourite parts were the washing hanging out on the lines, the kayaks stacked up against the walls and the Italians taking their dogs for walks, can you even imagine what it is like to live in a place like this? We were observers to these people going about their day to day. 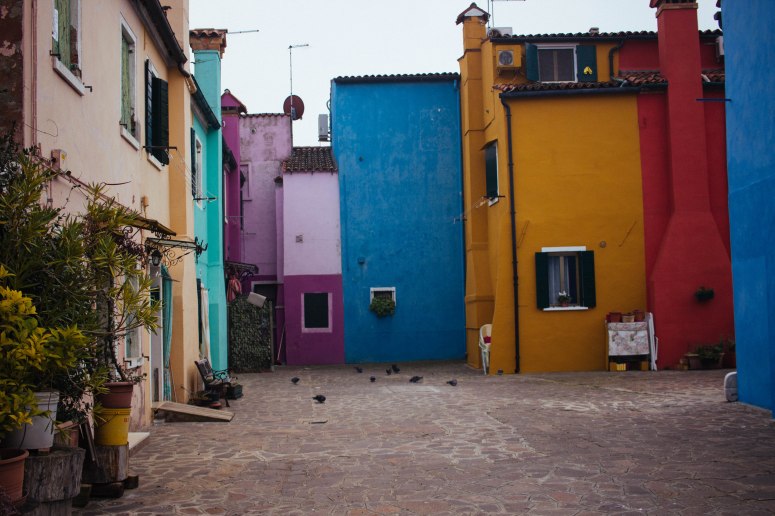 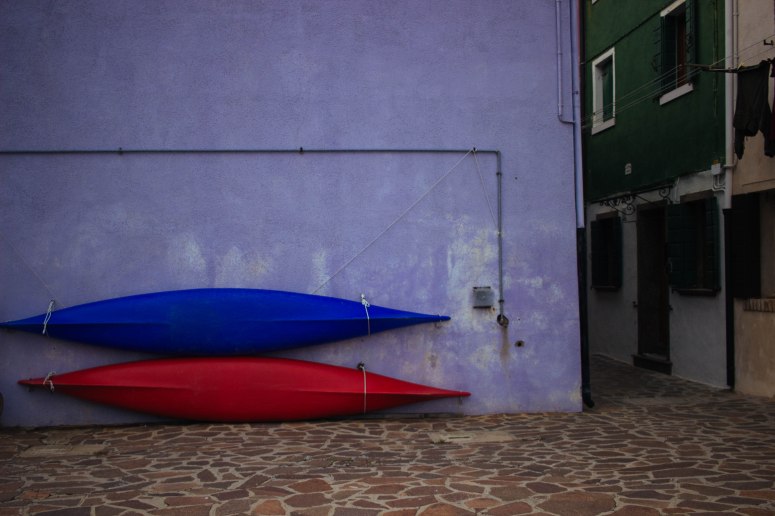 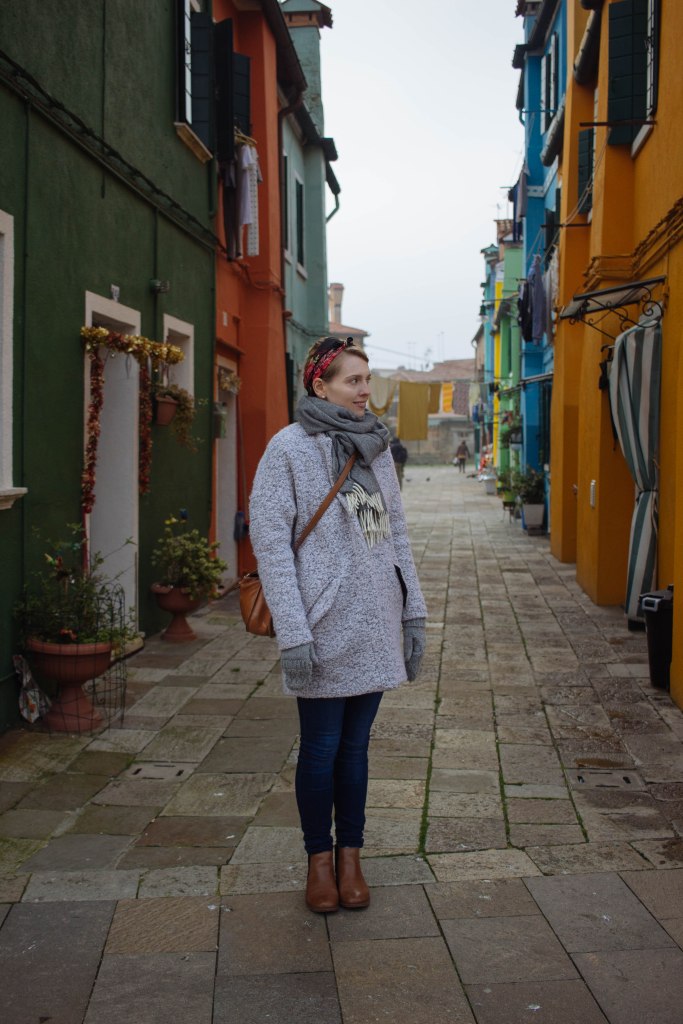 We got too cold after a while, so headed into a little bar, and had pizza and pasta before a little more exploring and then getting the boat back to the main island. The ferry was super crowded on the way home and full of people wanting to head back to the main island as it was just before it was getting dark, so we didn’t manage seats but it was still fun and the journey felt quicker on the way back. We spent our last evening walking around the island, memorised by the glistening lights reflecting on the water, and taking it all in.

On our final morning, Lu had to rush off relatively early to catch her flight, so me and Ash headed out at the same time to catch the boat to the station from the Rialto Bridge, Ash was also headed to a different airport and I was taking the train across the country for one night in my old home. We sat on the steps by the station with Grom Hot chocolates (again!) as we had a little while before our trains, and people watched, seeing the commuters, the travellers, the awe of some people as they stepped out of the station and saw the canals for the first time. I remember that same feeling four years ago, as the place I had been dreaming about came to life. This trip had that same feeling, of truly experiencing a place, seeing the locals live their lives and wondering what it might be like to live there, yourself. Venice, you’re pretty dam cool. I’ll be back. But it will have to be in Winter, too magical to miss out on that by going at another time of year! 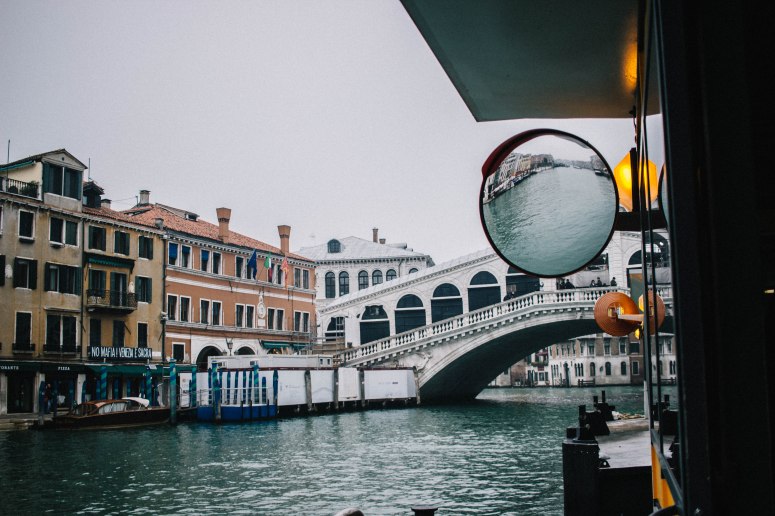 Have you ever been to Venice?

4 thoughts on “Venice in the Winter | Italy”