This past Sunday was so good, so I thought I would write about it. It started out warm and sunny, with a drive to main street with my friend Becca (school assigned buddy – but we got on really well so became actual friends)  We had hysterics about Becca trying to get into a box on the side of the road for a surprise valentines photo – the box subsequently broke, and we both nearly fell over laughing so hard. We gave up after that, and headed to ‘overeasy’ on Main Street for a shared brunch of pancakes, and a veggie omelette. So tasty! 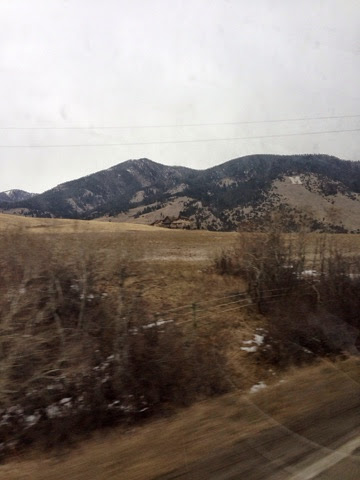 After she dropped me home, the next plan was to hike the famous Bozeman M – a pile of rocks on a mountain in the shape of an M! Me and S cycled up to campus to meet our hiking buddies – 2 Aussies and Dillon – the lone New Zealander. I nearly got frostbite on the way there, due to being overconfident about the temperature….bad decision, had to run into the library to warm up and allow my hands to return to their usual colour. We met up with everyone, after farewell crying from Mia who decided to do homework instead of join us for the hike – which meant we could drive the 5 miles as opposed to cycling it in minus 5 temperatures!

We drove, listening to the best music (triple j – thanks aussies for the introduction to that) and got closer and closer to the M – the hill looking steeper and steeper as we did. We parked up and then started the ‘easy’ climb which involved mud, slippery ice patches and lots of beautiful views. It was really fun getting to chat with the guys and climb up the mountain. We reached the top and were a bit underwhelmed by the M – since you can’t really tell its an M from up close but amazed by the views over Bozeman, the mansions below us looked like sheds and you could see so far, to campus and all of the mountain ranges surrounding Bozeman. It was gorgeous. After snacking on some saltines care of Dillon and trying to coax a chipmunk out of the undergrowth that someone saw for a split second, we took a couple of pictures and then began the descent down the ‘steep’ trail. It was funny, and hard on the knees and seemed so far. I think we were going pretty slow, since one man passed us (he was going up, we were coming down) and then passed us again (he was coming down, and we were still going down) – blaming it on the altitude…. 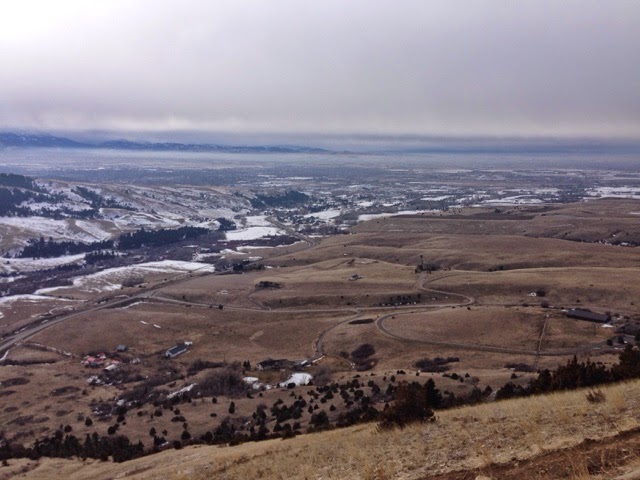 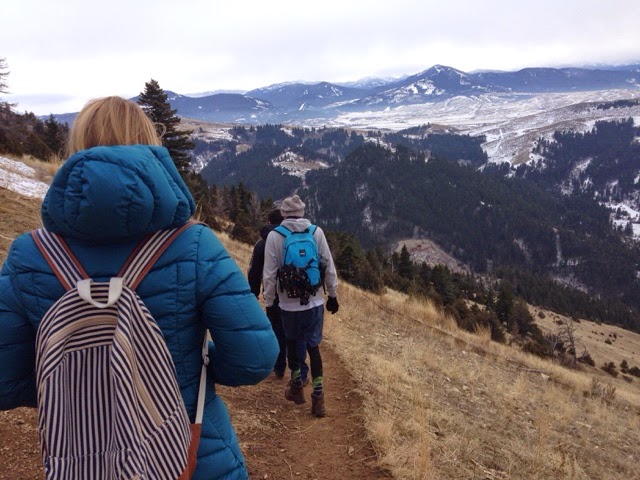 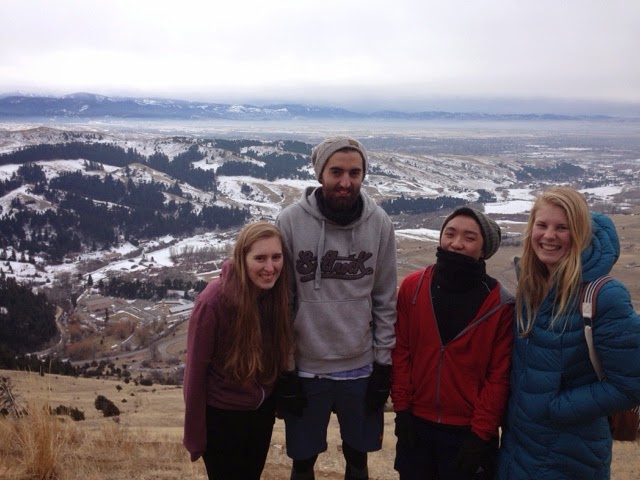 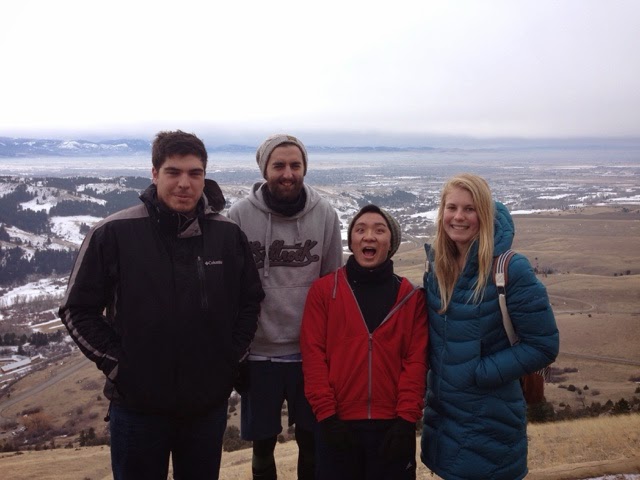 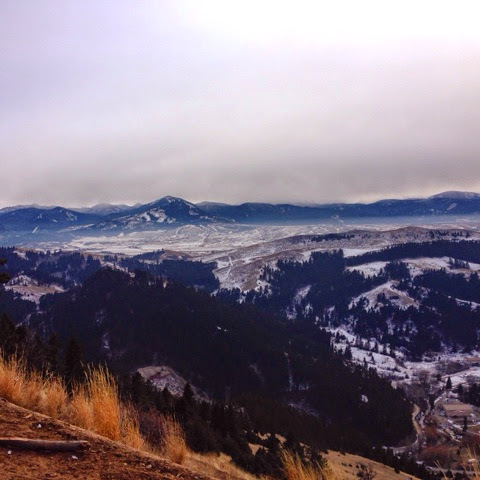 Afterwards, we had some chocolate orange, good tunes and a scenic drive home past the cross country ski trails and the local hospital – ‘for such small town, that’s big’ – F and ‘it looks like a fancy chocolate’ – D, we headed home after a quick stop for food supplies. We then ate, and promptly tried to do some homework and fell asleep, missing half of the much talked about and anticipated (overrated) Super Bowl.

Once we woke up, we wrapped up warm and headed to Ben’s for football watching and tunes, with the international crew, which was fun, involving birthday cake oreos – a staple for these guys and trying not to fall asleep – American football just ain’t my thing, it just seemed like a lot of stopping and starting and everyone kept cheering yet the scores didn’t move…. maybe I will learn one day! 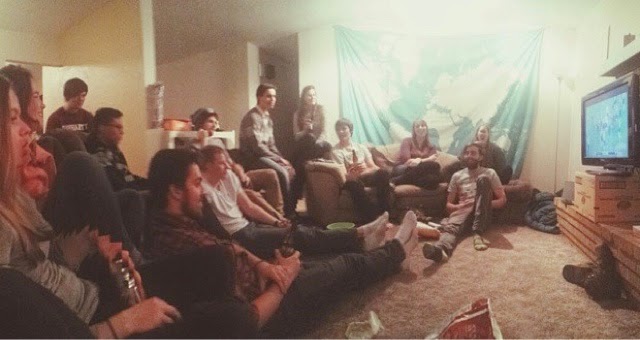 After commiserating that our ‘local’ team had lost, we hung out a bit longer, then me and S headed out for a walk around the neighbourhood – no streetlights makes it a little scary sometimes. And then felt super hungry and ordered pizza which we ate while watching Sherlock.

It was a good day. Now to catch up on all that homework and reading I didn’t do….ooops.