Skip to content
Since leaving school a couple of years ago, I have found that weekends are not always what they were built up to be….
Sometimes, here at university, you have no plans or nobody materialises from their room until late in the day or everyone is visiting home or doing other things.
But, this weekend, we have been making the most of having some much needed time off after a busy week and it has been lovely so thought I would share. 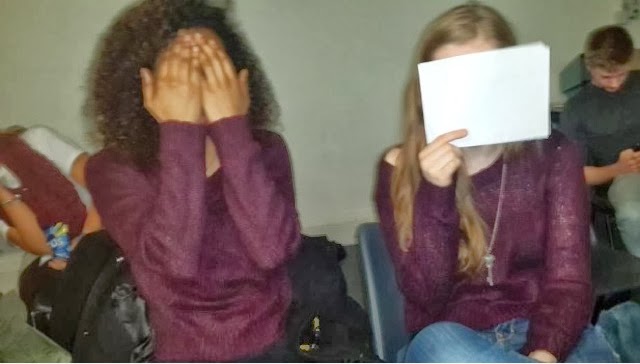 On Friday, we had a five hour lecture session of assessed group presentations where my friend and I accidentally wore matching outfits, which amused our coursemates greatly. Once the session ended, the weekend began 🙂 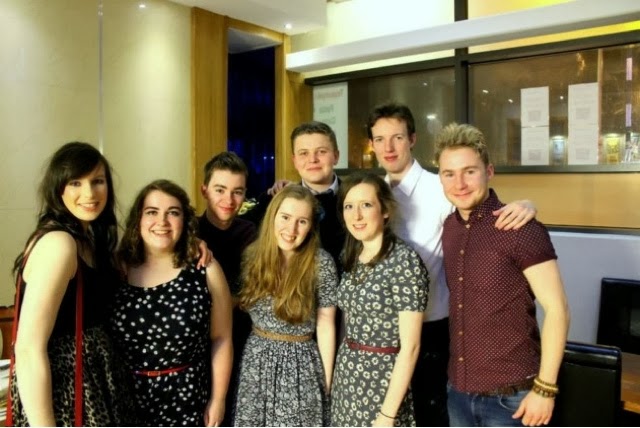 Since it was one of my flatmate’s birthdays and also valentine’s day, we all dressed up and made ourselves look presentable, and headed out for dinner. On the way there, we were nearly blown away by the gale force winds that are so normal in this part of the country, at one point, my friend Jack had to hold on to me and anchor me down as we thought the wind might drag me away. We eventually arrived safe and sound and had a wonderful dinner with lots of yummy food and much dessert 🙂 that makes me a happy girl! We kept joking that it looked like the 8 of us were on some sort of quadruple date as the restaurant was filled with couples out for valentines meals. We also managed to tag down a waiter to take a photo of us all, only after we had taught him how to use it did we realise that it was still set on self timer from some of our previous attempts – at least that awkward ten seconds made us laugh for the photo!
We also sang Happy Birthday to my housemate, took silly photos of each other, attempted to use a chocolate fountain with class and laughed at each other a lot – I really do have a lot of love for these flatmates of mine 🙂 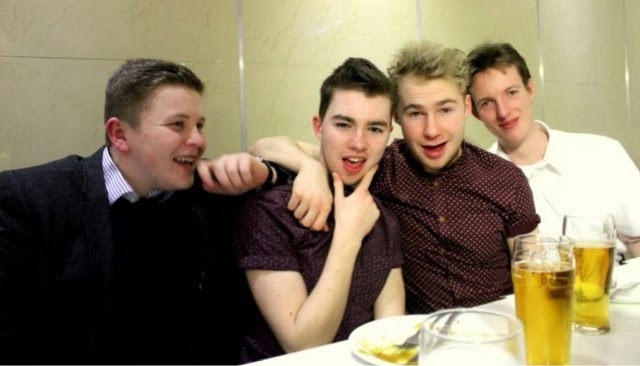 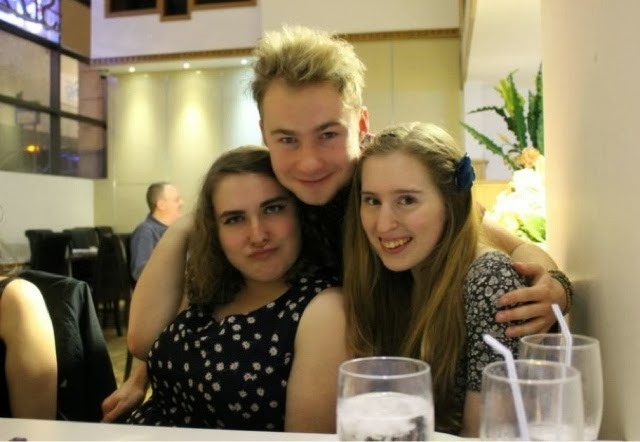 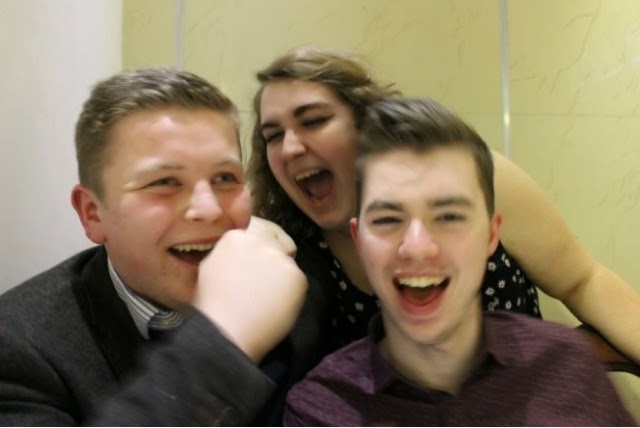 —–^ this last photo of us makes me giggle, I think it shows all of our personalities really clearly 🙂 it makes me smile about these people I have come to know 🙂

After dinner, we headed home, en route, we passed a gig in a record store, played hopscotch and us, girls had to hold onto our skirts for fear of the strong winds getting the better of us!
Later on, we ran into some other friends of mine, did a little bit of dancing and I ended the night with a catch up with a housemate across the hall 🙂
Saturday was a busy day! It was my first day volunteering for my course and chatting to prospective students about it and the university. It was a strange position to be in, as I was in their shoes not so long ago, feeling apprehensive and confused about the prospect of university. I was really against university and hated the idea of moving so far away and continuing to study, but after taking a gap year and doing some thinking, I decided to go because I found a course I believed I would like and luckily I do. My course is so brilliant for what I want to do and I actually really enjoy most parts of it. It was cool to get to tell other young people about it and also offer a bit of
reassurance that university shouldn’t be this terrifying thing that is full of unknown – it’s actually pretty great 🙂
I also witnessed a showdown from two of my lecturers who were fighting about which one of them was more of a man because one of them goes to sewing class, so they started limbering up and pretending to fight. It was very strange – arts lecturers are definitely unique you could say 😉
After my stint was over, I met up with 3 of the guys who I’m friends with on my course for a debrief of the morning and a really funny walk around campus, I do love their craziness – it keeps things interesting – including one of them shouting about not wanting a free bag, and the other two trying to steal my lunch – how lovely 🙂 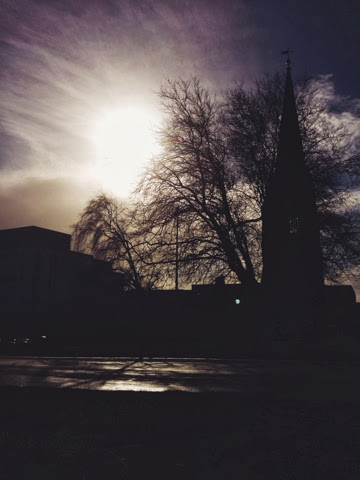 I then headed back to my flat, which was clean for once thanks to the kindness of one of my flatmates parents, have spent the afternoon chilling out, doing a bit of work and headed into town as well!
Tomorrow will involve a long photography walk with E, a roast dinner, a trip to the pub and a bit of organisation for the week 🙂
Hope you are having a great weekend – how do you like to spend them?